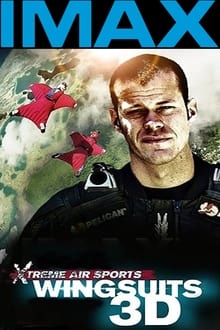 Base jumper Jeb Corliss sustained grave injuries on a crash in South Africa. Through rehab, Jeb relearns the sport to tackle mountains in Europe. 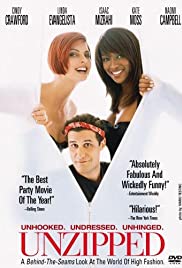 Isaac Mizrahi, one of the most successful designers in high fashion, plans his fall 1994 collection. Magnum Dopus: The Making of Jay and Silent Bob Reboot

Magnum Dopus: The Making of Jay and Silent Bob Reboot

A behind the scenes look at the making of Jay & Silent Bob Reboot.

Documentary which uses the latest, most detailed imagery to reveal the monthly life cycle of the moon. From Wales to Wyoming, Hong Kong to Croydon, the programme finds out how the moon shapes life on Earth, as well as exploring its mysterious dark side and discovering how the moon’s journey around Earth delivers one of nature’s most awe-inspiring events – a total solar eclipse. And at the end of a remarkable year of lunar activity, we find out why so many supermoons have been lighting up the night sky. During a five year period an Italian filmmaker documents the world of down-on-their-luck individuals who live in a Californian desert trying to get by one day at a time. None of them has more than a vehicle, a dog and some clothes. Illusionist Derren Brown reinvents the concept of “faith healing” through a series of stunts that debunk the confines of fear, pain and disbelief. The world fell in love with Glen Hansard and Markéta Irglová when their songwriting collaboration in the film Once (2006) culminated in a jubilant Oscar win. But behind the scenes, where Glen and Mar’s on-screen romance became reality, a grueling two-year world tour threatens to fracture their fated bond. Filmed in black and white, this music-filled documentary is an intimate look at the exhilaration and turmoil created by both love and fame. Where You’re Meant to Be

Where You’re Meant to Be

When a Scottish indie pop artist decides to re-write his country’s oldest songs, the only thing standing in his way is an ageing folk singer and centuries of history. I, Superbiker: The War for Four

I, Superbiker: The War for Four

Mark Sloper directs this feature-length documentary taking you through the thrills and spills of the 2013 British Superbike season. This year saw riders Shane Byrne and Ryuichi Kiyonari battle it out for the chance to become the first ever four-time champion. The Kid Stays in the Picture

The Kid Stays in the Picture Gloria Allred overcame trauma and personal setbacks to become one of the nation’s most famous women’s rights attorneys. Now the feminist firebrand takes on two of the biggest adversaries of her career, Bill Cosby and Donald Trump, as sexual violence allegations grip the nation and keep her in the spotlight.