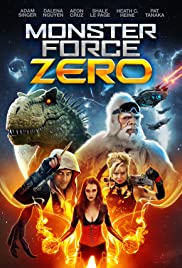 In a last ditch effort to gain exposure for his failing comic book “Monster Force Zero” (MF0), Calvin Cashill (aka A.I.) and his team of cos-players enter an underground exhibition cos-play battle against the infamous “Destroyers of Destruction” (D.O.D.) – but cosmic forces are at work, and this battle is just the beginning of an interstellar monstrous ride for the team.