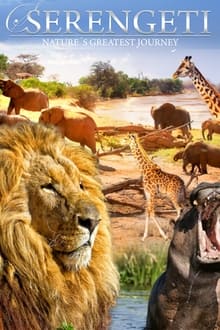 The Serengeti’s fight over life and death is between predator and prey. The omnipresence of grazing animals means abundant kills for prides of golden-maned lions. Solitary leopards haunt the acacia trees lining the Seronera River, while numerous cheetahs scour the southeastern plains. Almost nowhere else in Africa can all of the continent s jackal species be found in the same place. The immensity of this animal drama is equaled by the liberating vastness of open space so characteristic of the Serengeti Plains, which extend out from sun-baked savannas to shimmering golden horizons that seem to lie at the end of the earth.