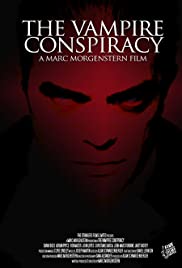 Five people are abducted by a maniacal vampire and put into a deadly maze of wits and endurance. If they make it through alive, they’ll be placed back in the game – forever – as bloodthirsty slaves pursuing the next round of victims. The group must discover the connection between them to solve complex clues and survive the band of slaves to escape a twisted game of predator and prey.