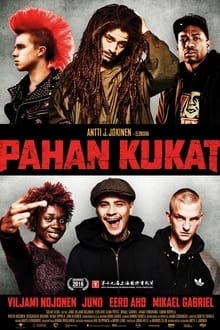 Unrest breaks out in eastern Helsinki as a Finnish family man gets hospitalized in the summer of 2015. Gangs of young people are burning down cars and public buildings, confronting the security guards and the riot police. The narrative goes backwards, towards the riots which mark the end of our movie. As the story begins, the unrest is still bubbling under, ready to explode any time. Vandalism and robbery are not uncommon in the suburbs; neither is violence towards the police and the security guards. Frustration, alienation, isolation and poverty corrode the asphalt surface of the multicultured society, otherwise relatively harmonious.