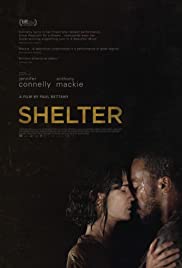 Hannah and Tahir fall in love while homeless on the streets of New York. Shelter explores how they got there, and as we learn about their pasts we realize they need each other to build a future. 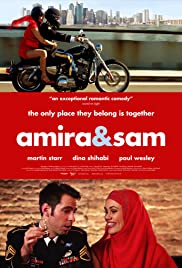 Sam, a soldier who had served in Afghanistan and Iraq, meets Amira when he visits her uncle, Bassam, who had served as Sam’s Iraqi translator. Bassam and Sam have a special bond due to their time together in the war. Initially Amira does not trust him because he was an American soldier and her brother was killed by a bomb from American troops in the war. Sam’s cousin, Charlie, asks Sam to help him with illegal hedge funds unbeknownst to Sam at the time. Amira is staying with her uncle Bassam since her father died. She sells bootlegged films on the street corner but is forced to stay with Sam after getting busted; immigration officials begin pursuing her. As the film progresses, Sam and Amira fall in love. 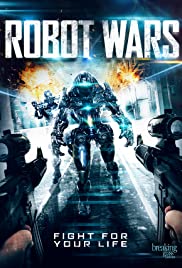 In a dystopian near future, a corporate heist goes wrong and the team members struggle to survive a desperate escape through the apocalyptic sprawl with their stolen prize, a weapon of unspeakable power. As they navigate the urban wasteland, they must contend with barbaric gangs, corporate death squads and the terrifying truth about the weapon they have stolen.