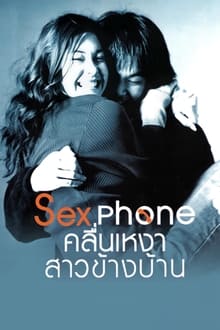 Two houses beside each other, lives 2 totally different life style neighbors whom often fight. Deu, a gentle young man living with his grandpa and Jay, a confident girl living alone. Their story gets tense when Jay’s friend plays a joke on her by leaving her phone number on hold to play a game on the hottest radio station “Lonely Wave” the same night Deu has to be a DJ on a live program for the first time in his life. Jay misunderstands that she’s confronting a psycho, so she speaks the voice of “sex phone” as hot as she can, not knowing that it’s on air! This is the beginning of a sweet romantic relationship.