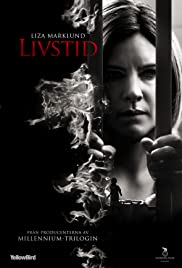 When David Lindholm, Sweden’s most famous police officer, found shot in bed identifies herself quickly with his young wife Julia. Julia is threatened with life imprisonment for murder, both her ​​husband and her missing four year old son Alexander. However, Julia refuse. It was not her. There was another woman who shot her husband and kidnapped her son. While life is falling apart around Annika digs herself deeper into the murdered police’s violent past.