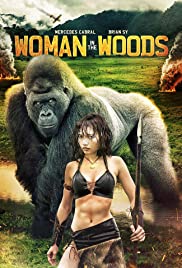 Woman in the Woods

Woman in the Woods

Fable becomes reality when Jason returns to his father’s Homeland of the Philippines after his passing and investigates the stories he grew up hearing. Jason wants to honor his father’s home. Once he arrives he finds himself living the myths his father told him as a child. The mysterious Magayon, known as the Woman in the Woods, asks Jason to aid her on her quest to return to her home on a volcanic island in the Philippines. This is the start of a mythical adventure that will change Jason’s life.