Spain in the 1930s is the place to be for a man of action like Robert Jordan. There is a civil war going on and Jordan who has joined up on the side that appeals most to idealists of that era — like Ernest Hemingway and his friends — has been given a high-risk assignment up in the mountains. He awaits the right time to blow up a bridge in a cave. 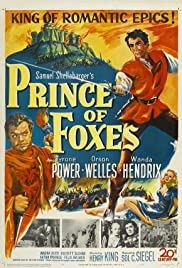 In 1500, Duke Cesare Borgia hopes to marry his sister (widowed by poison) to the heir apparent of Ferrara, which impedes his conquest of central Italy. On this delicate mission he sends Andrea Orsini, his sister’s lover and nearly as unscrupulous as himself. En route, Orsini meets Camilla Verano, wife of the count of Citta’ del Monte (Borgia’s next intended conquest); and sentiment threatens to turn him against his deadly master, whom no one betrays twice…

Orson Welles’s “Mr. Arkadin” tells the story of an elusive billionaire who hires an American smuggler to investigate his past. Welles missed the editing deadline, so the producer handed over the editing to others. Following two Spanish-dubbed versions, released in Madrid in March 1955, the first English-language version was released in London in August 1955 as “Confidential Report” but was never released in the US. The fourth version, called “the Corinth version”, was discovered in 1961 and was released in the US in 1962. Finally, in 2006, “the Criterion edit” was released; likely to remain the one closest to Welles’ intentions. 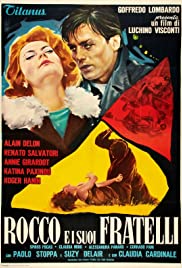 Rocco and His Brothers

Rocco and His Brothers

When a widow’s family moves to the big city, two of her sons become romantic rivals, with deadly results.