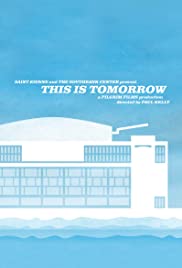 This is Tomorrow is the third film of ‘A London Trilogy, the films of Saint Etienne’. A History and reconstruction of the Royal Festival Hall, interviewing surviving architects and designers including Leonard Manasseh and Robin Day. The film also documented the hall’s complete refurbishment from 2005-2007, which has once again made it London’s cultural centre.