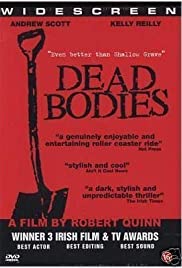 The return of a vengeful ex-girlfriend sets into motion a series of gruesome events for a hapless Irish bachelor in director Robert Quinn’s grim black comedy. Tommy (Andrew Scott) had thought he had seen the last of Jean (Katy Davis) after their recent breakup, but when she returns to stake her claim on Tommy’s apartment, the confrontation that ensues makes their previous quarrels look petty by comparison. After leaving the apartment in the head of the fight to cool his head and gather his thoughts, he returns only to find that Jean has died and enlists the aid of his friend Noel (Darren Healy) in ditching the body and ensuring that no one ever finds out what happened.