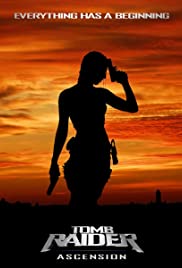 Tomb Raider franchise, taking the story back to the beginning of Lara Croft’s journey and showing her rise to become “Tomb Raider”. A sacred artifact created by the ancient Mayan Civilization in Mexico hundreds of years ago, believed to hold the secrets behind the end of the Mayan calendar in 2012. With the family butler, Winston, educating her about everything he has learned from her Father about the Ascension Stone, Lara heads off to follow her first lead buried in an ancient mine deep in the heart of England. Once down there she discovers more than she had ever hoped for and soon realizes her Uncle has answers to questions she has been asking for a long time.